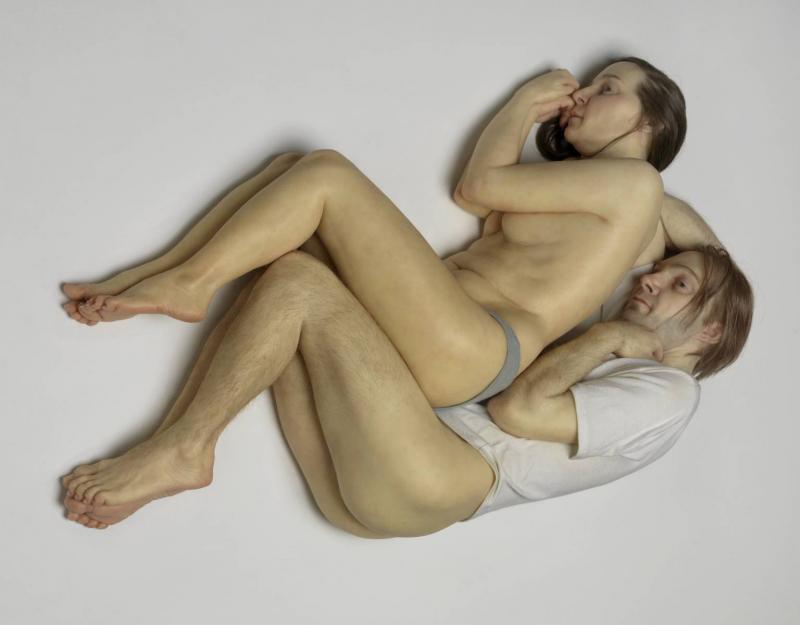 Born to German parents living in Australia, now long resident in London, Ron Mueck (b. 1958) has become internationally famous for his unnervingly lifelike sculptures of the human figure, executed with extraordinary technical precision. Mueck's sculpture takes its psychological power from the directness with which it addresses universal experiences such as birth, life and death.

The three works in ARTIST ROOMS represent the scope of Mueck’s approach, from the uneasy intimacy of 'Spooning Couple', the vulnerability of the giant 'Wild Man', and enigmatic half-smile in 'Mask III'. He first became widely known for his sculpture 'Dead Dad', shown in the 'Sensation' exhibition in 1997. His use of widely different scales would not be considered strange within the conventions of painting but has a particularly strong effect in 3D. This manipulation of size, so central to our emotional reactions to the sculptures, is part of the artist’s relationship with his subject and the meaning of the work.