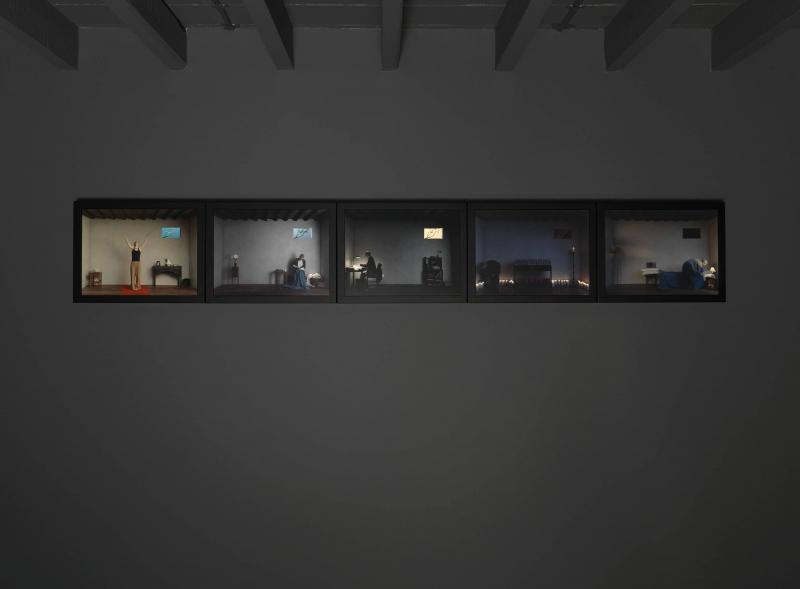 Presented by Anne & Anthony d'Offay through the Art Fund, 2003

Bill Viola (b. 1951) was among the first artists to explore the possibilities of film and video in a fine-art context. Long respected as a groundbreaking artist, his depictions of raw human emotion have achieved popular acclaim in recent years.

Viola has continued to utilise progressively more advanced equipment, but the technology which enables us to focus on his highly staged moving images remains hidden. Influenced by both Western and Eastern art history and spiritual practices, Viola’s work frequently evokes mystical or religious experience. 'Catherine’s Room', based on a fourteenth-century predella by Andrea di Bartolo, presents scenes from the life of St Catherine across a sequence of five screens, using contrasts of light and dark to dramatic effect. 'Four Hands' concentrates on actions made by a pair of disembodied hands reminiscent of Indian ‘mudras’, the symbolic gestures of Buddhist and Hindu religious iconography. Both works are characteristic of Viola's more intimate works as opposed to his monumental projects dealing with the universal themes of birth, death and regeneration.