Don McCullin sees his photographs as a 'silent protest against the futility of war'. In this TateShots he remembers the people and places of some of his most powerful work.

Don McCullin is one of the most important war photographers of the 20th Century. His devastating images of conflict zones and the casualties of war in Vietnam, Berlin and Northern Ireland are recognised for their haunting realism.
His work documents the tragedy and humanity remaining in the survivors and landscapes of war, in his own word he sees 'darkness as my voice'. 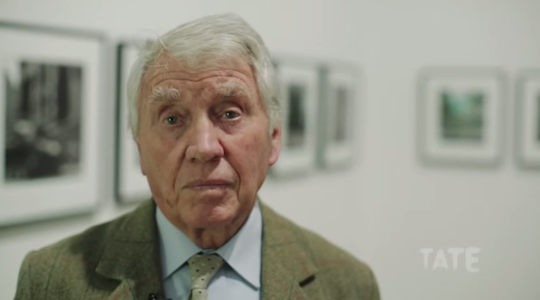