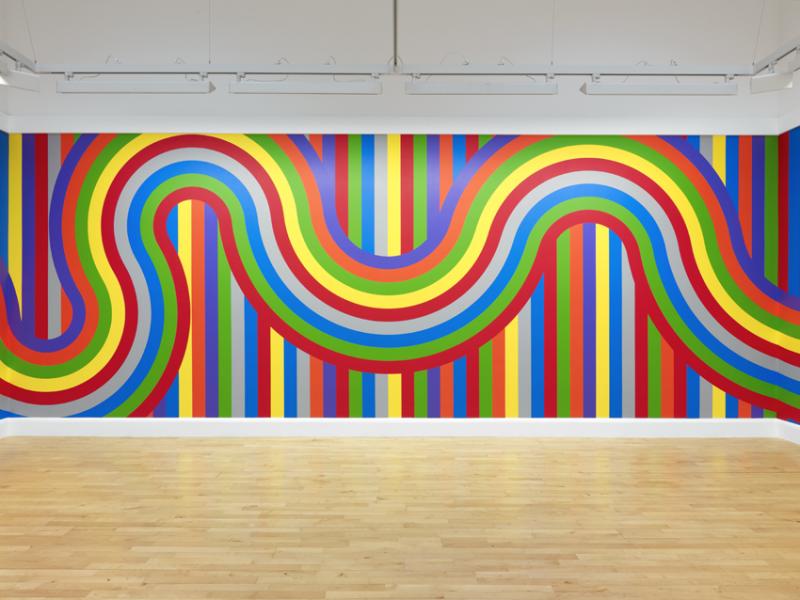 Sol LeWitt (1928 - 2007), a hugely respected and influential theorist as well as practitioner, was a pioneer of Conceptual and Minimalist art during the 1960s.

The first of his 'Sentences on Conceptual Art' (1968) reads ‘Conceptual artists are mystics rather than rationalists. They leap to conclusions which logic cannot reach.' LeWitt's early sculptural works use geometric shapes, seriality and pre-determined structures to break from the personal, heroic and emotive gestures that dominated Abstract Expressionism. Taking the form of a set of instructions which are then produced by assistants, the artist’s numerous 'Wall Drawings' employ systems which enable line and colour to exist as independent entities from their creator. 'Wall Drawing #1136' (2004) is a late example in which vibrantly coloured straight and non-straight lines are painted directly onto the four walls of a gallery space to create a three-dimensional environment which surrounds the viewer.