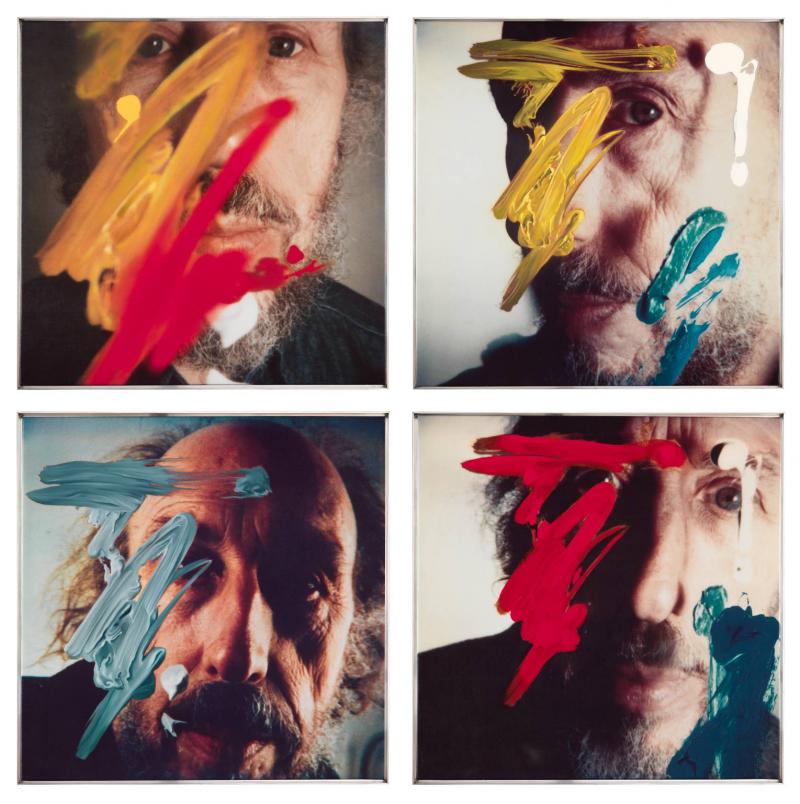 Richard Hamilton (1922 – 2011) was not only a key figure in the development of Pop Art in Britain but also one of the movement’s pioneers internationally. His work, which draws from and comments on popular culture, technology, the mass media and a wide range of current events, continues to be highly influential worldwide.

The works in ARTIST ROOMS - 'Four Self-Portraits 05.3.81' - exemplify his lifelong preoccupation with portraiture, its conventions and possibilities as well as his use of darkroom printing and image-making techniques. From 1968 Hamilton engaged in a project to publish four volumes of Polaroid portraits of himself, taken by artist friends and acquaintances: a composite self-portrait created over many years with the help of many other artists. In 1980 and '81 the artist took about 20 Polaroids of himself standing behind a sheet of clear glass.He then added thick acrylic colour to some of the photographs. The project was never completed but nearly ten years later Hamilton decided to make twelve of these into self-portraits by scanning and retouching them in his Quantel Paintbox. They were then scanned to make 10" x 8" transparencies. These were then further enlarged into Cibachrome prints which were then mounted on canvas. Hamilton was not only one of the first artists to use manipulated photography and to recognise its interactive potential, but he was also one of the first artists to make work with the aid of computers.