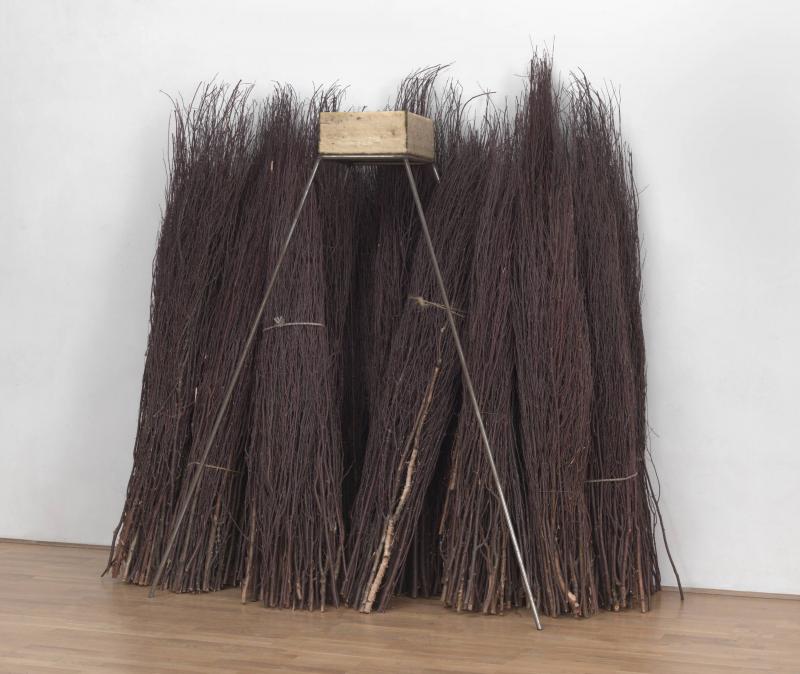 A major figure in the Arte Povera movement, the Italian artist Mario Merz (1925 - 2003) combined a fascination with the material and metaphorical qualities of natural objects with ideas regarding infinity and repetition.

Much of his work was based around the Fibonacci sequence, a formula often used to express mathematical sequence in natural structures. In around 1966, the artist began using neon, making works in which the lights penetrated ordinary objects such as raincoats and umbrellas. 'Che Fare?' – meaning ‘what is to be done?’ and deriving from a pamphlet published by Lenin – is one of the artist’s earliest neon objects. Merz later explained that the idea for the work came from watching children repeating the words as they played and noted that the work ‘represents awareness of the centrality of a simple question’. 'Lingotto', which also uses beeswax, was made in the same year that Merz began exhibiting with other artists associated with Arte Povera and is a strong example of the artist’s use of humble matter so characteristic of the group. The ‘poor’ materials (bundles of brushwood topped by a box of beeswax) that create the imposing sculpture are set against the title of the work which means ‘ingot’, and its allusion to luxury, precious metals.