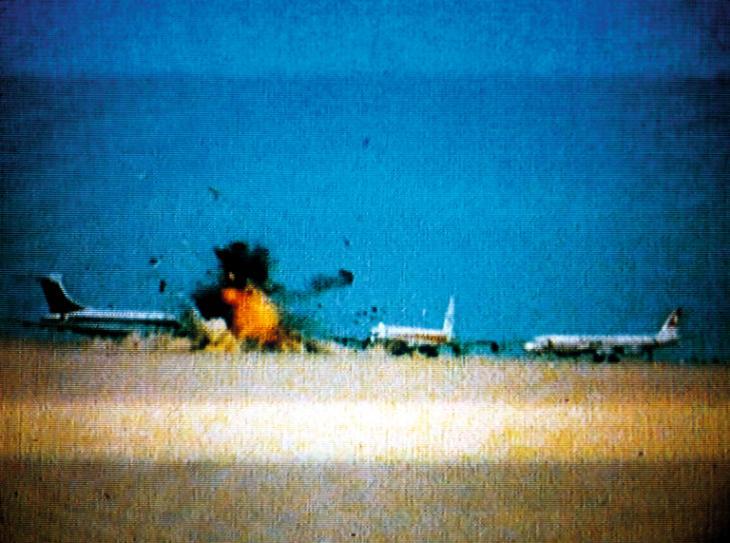 Johan Grimonprez (b. 1962) is a Belgian artist and film-maker who first came to prominence when his hour-long video montage 'dial H-I-S-T-0-R-Y' was exhibited at the Pompidou Centre and then Documenta X in 1997. It compiled video footage of airplane hijackings from the 1930s to the present day, a visual history of a terrorist tactic which would be employed to its most shocking effect four years later, during the September 11 attacks on New York.

The images of hijackings are interspersed with clips referencing the Cold War and other historical conflicts, while a voiceover reads quotations from Don DeLillo’s novels 'White Noise' and 'Mao II'. By recycling film from news broadcasts, Hollywood movies, animated films and commercials, Grimonprez introduced a video aesthetic familiar to the generation that had grown up with television. The means by which he edits and juxtaposes the diverse sources reminds us that history is shaped by those who tell it, less a series of facts than an aggregation of events subject to selective interpretation.