'Where is the Yellow Milk Jug, Mrs Bird?' and 'Folkdance Melancholia' in ARTIST ROOMS belong to a series of works the artist made in 1989 at his home at Derneburg, in the countryside of Lower Saxony. They are fine examples of the ecstatic painting of this period in which leitmotifs of falling birds, milk jugs and disembodied heads conjure up a world of primitive folkloric culture, their tumbling forms filling the canvas with a sense of rhythm and ornament. 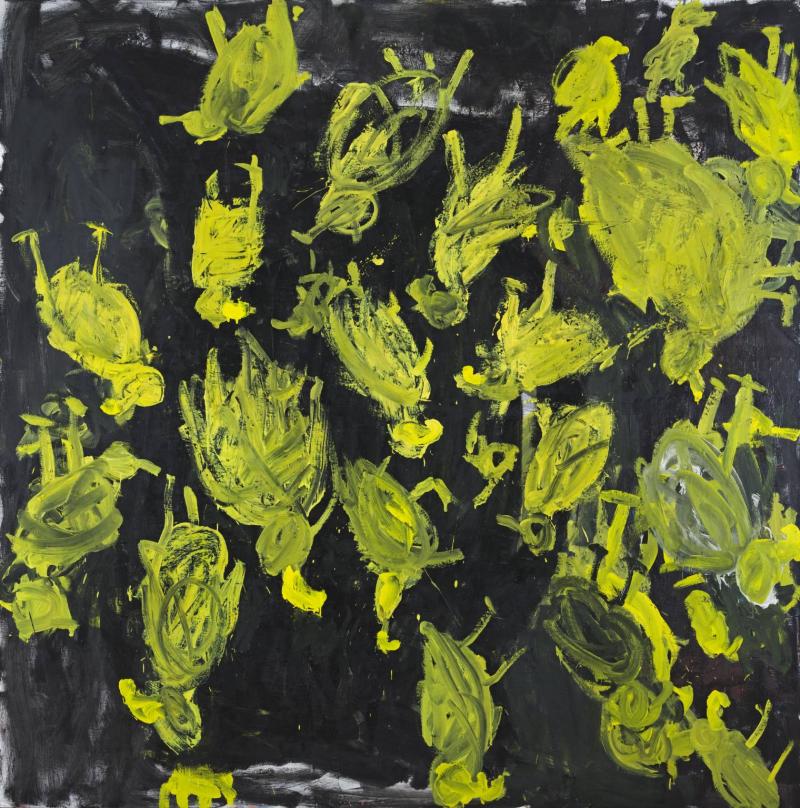 Born in Dresden in 1938, Georg Baselitz is one of the major artists to come out of the former East Germany, and among the leading figures who helped to re-establish German painting after World War II.

He first achieved notoriety for his ‘Pandemonium’ paintings in the early 1960s. Here he described the chaos from which order might, or might not come, evoking insantity, irrationality, paranoia, illness, decay, sex, drink and violence in a great blast of fury. He later became known for his roughly carved wooden sculptures and for the ‘fracture’ paintings, in which figures are divided in various ways (including being chopped up as if by a forester’s axe). In the 1960s his subjects often have a specifically Germanic, Nordic subject matter, tattered partisans, soldiers, forests which conceal them, folklore, foresters, animals… Over time he established a group of archetypes which he has continued to return to: the tree, the bird, the knee, the hand, the friend, the rebel, the poet, the shepherd, the soldier, the woodman, together with their domestic animals, carts and ploughs.

In the 1970s he took the decision to paint his subjects upside down in order to liberate both the subject and the expressive qualities of the medium. This approach again caused controversy, but enabled Baselitz to carve his own unique path in German post-war art. His painterly approach has evolved constantly over the years, often influenced by African sculpture of which he has a large collection. 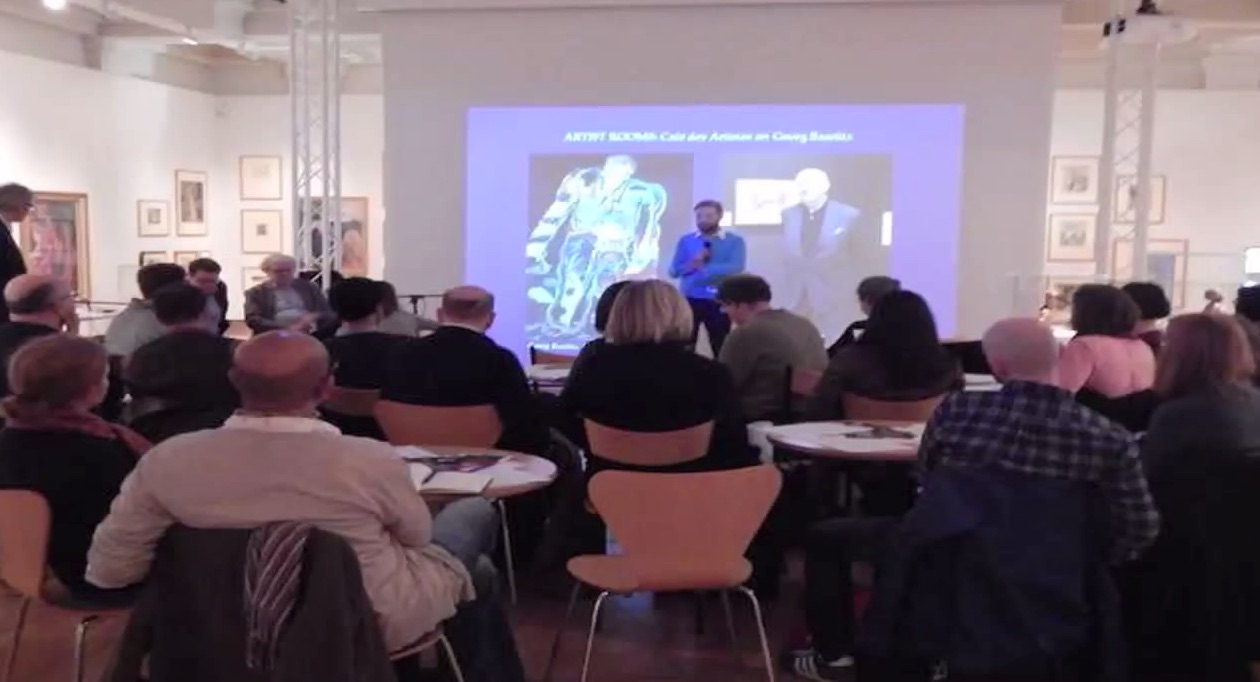