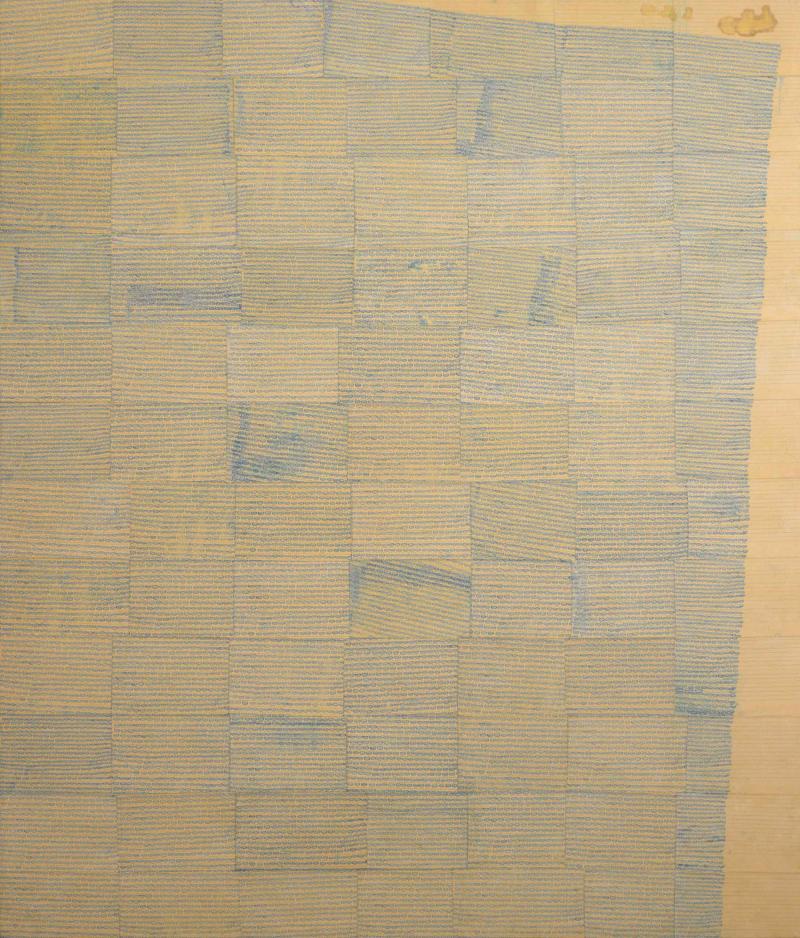 One of the most widely acclaimed artists to have emerged since the mid-1990s, Ellen Gallagher (b. 1965) comes from Irish and African-American stock. Her work draws on a broad spectrum of influences that spans the writings of Gertrude Stein and Herman Melville, the art of Sol LeWitt and Agnes Martin, the musical and theatrical tradition of blackface minstrelsy, the free jazz of Sun Ra, the Black Power movement and the visual tropes of advertising targeted at African-Americans. From these diverse sources she has created a painterly vocabulary that reflects her complex engagement with history, identity, story-telling, society, race and gender by embedding politically-charged symbols in delicate Minimalist forms.

'Paper Cup', included in the ARTIST ROOMS collection, is a prime example of Gallagher's mature work. Its grid structures, comprised of small pieces of writing paper in multiple rows, might initially call to mind the handwriting exercises undertaken by children at school. In fact, the shapes can be seen to resemble the protuberant lips stereotypically assigned to American blackface minstrels as a crude racial identifier. The artist addresses the same themes in 'Untitled', a large-format painting also included in ARTIST ROOMS.