ARTIST ROOMS holds a remarkable survey of Ruscha’s work dating between 1962 and 2005 including an important group of drawings and several key paintings that explore the various series that the artist has made since the 1960s. Early works such as 'HONK' (1962) and 'DANCE?' (1973) involve single, pithy words in strong typographic format, while the catch-phrase drawings of the mid-1970s such as 'I PLEAD INSANITY BECAUSE I'M JUST CRAZY ABOUT THAT LITTLE GIRL' (1976) invoke vernacular language against single fields of colour.

A more brooding atmosphere emerges in the later series, 'The End', which illustrates the words with imagery that recalls film and traditions of ancient printing. The artist’s enjoyment of the contradictory and illogical is at play in the mountain paintings, a sequence of works begun in the late 1990s in which sublime alpine landscapes form the backdrop for banal statements, often used in advertising, as found in 'Pay Nothing Until April' (2003). 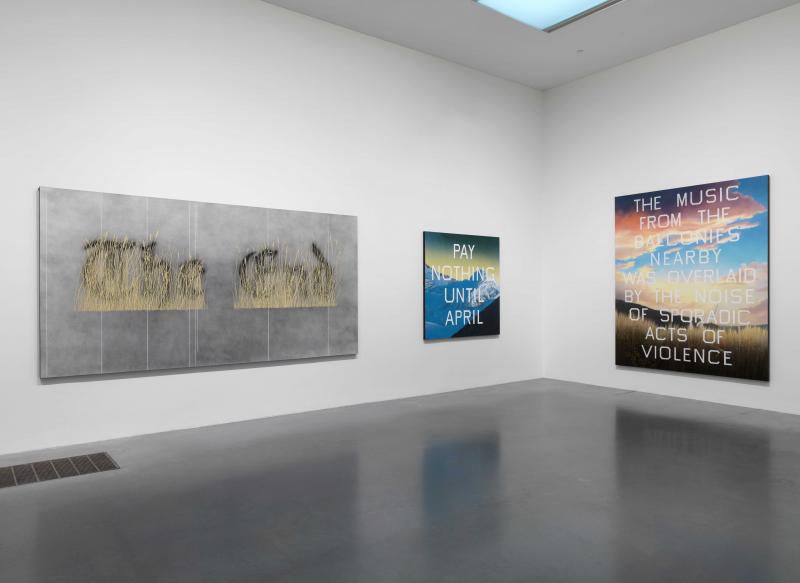 I PLEAD INSANITY BECAUSE I'M JUST CRAZY ABOUT THAT LITTLE GIRL, 1976

The Music from the Balconies, 1984

Born in 1937, Ed Ruscha’s exploration of language and American West Coast culture centred on Hollywood has made him one of the pre-eminent artists of his generation. Since the early 1960s he has channelled his fascination with words and the act of communication into books, printmaking, drawing and painting. His work has much in common with Pop Art, but while Ruscha’s carefully planned paintings and drawings draw on popular references and mass media, his playful use of irony, paradox and absurdist juxtapositions have set him firmly apart from any movement.

Tate and the National Galleries of Scotland would like to acknowledge the generosity of the artist in donating the magnificent painting 'The Music from the Balconies' to the ARTIST ROOMS collection. 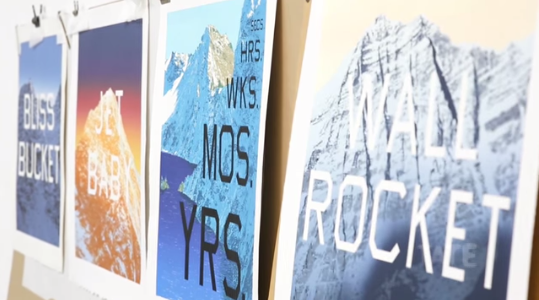 Ed Ruscha's exploration of language and American West Coast culture centered on Hollywood has made him one of the pre-eminent artists of his generation. Tate Shots went to meet him at his studio in Los Angeles.