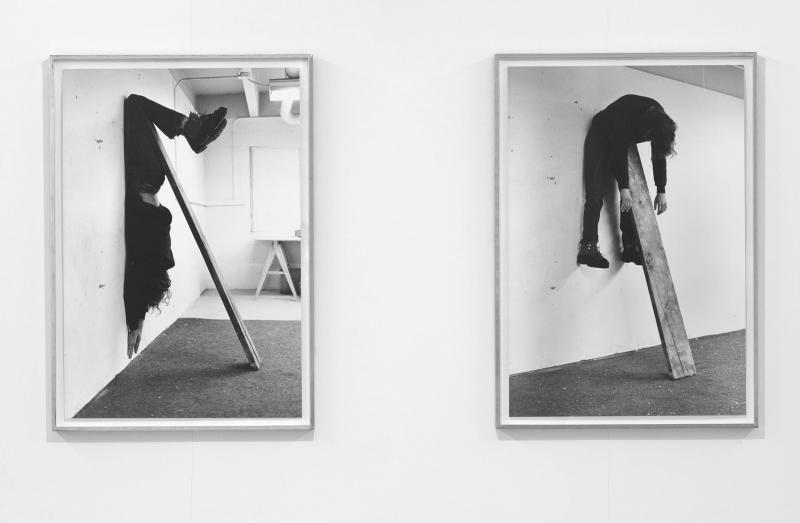 Charles Ray (b. 1953) has worked with film, photography, sculpture and installations to explore the notion of representation and to conflate reality with the surreal. Based in Los Angeles, his early practice can be viewed in the context of the Body Art movement that emerged in the West Coast during the late 1960s and early 1970s. In the iconic two-part photographic work 'Plank Piece' the artist documented the appropriation of his own body as a sculptural component. The static quality of the photographs belies the performative nature of the work in which the artist’s body is literally doubled-up into a graphic form, creating an image that is at once humorous and unsettling.