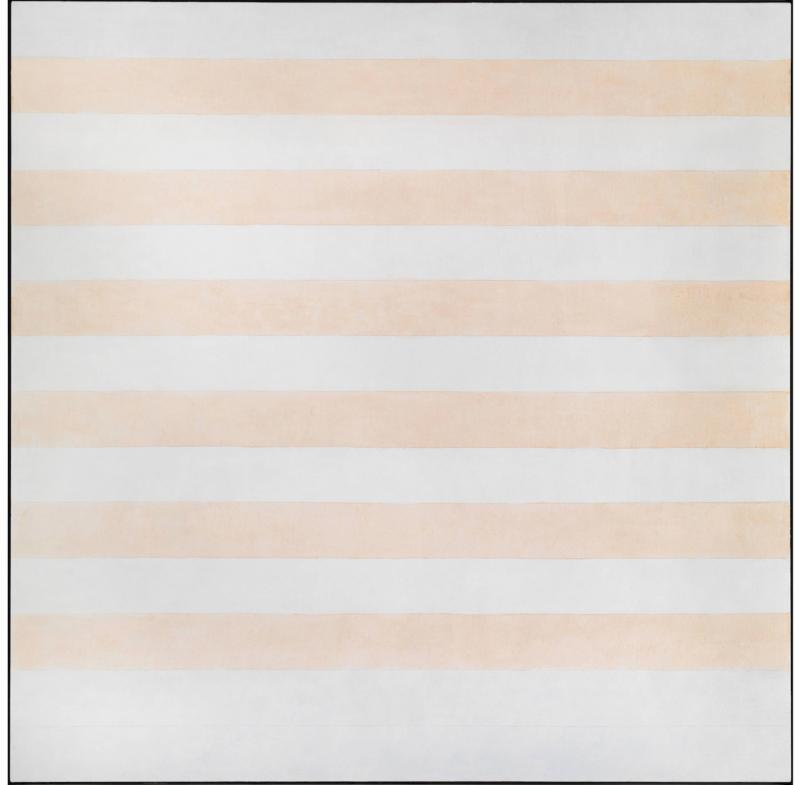 Presented by the American Fund for the Tate Gallery, courtesy of Milly and Arne Glimcher in honour of Anthony d'Offay and ARTIST ROOMS, 2012

The career of Agnes Martin (1912 - 2004) spanned nearly five decades during which she came to be regarded as one of America's foremost abstract painters. From the same generation as the Abstract Expressionists, although identifying more with Barnett Newman, Mark Rothko and Ad Reinhardt than the action painters, in the early 1960s she lived at Coenties Slip, New York, along with the younger generation of Ellsworth Kelly, Jack Youngerman and Robert Indiana.

Martin's search for a kind of transcendent beauty led her to paint her first grid paintings at this time and she subsequently destroyed most of her earlier work. The grid allowed her to create paintings which were without intellectual content or reference. Eschewing perceptual space or brushwork composition or texture they were self-descriptive and self-referential in a way that clearly represented a new beginning for painting at that time. However, by 1967 the pressures of success and illness led her to leave New York for New Mexico and temporarily to stop painting all together, only contacting her gallery some seven years later. Martin practised meditation and was much influenced by her interest in Eastern philosophy.

The paintings from Martin’s later career held in ARTIST ROOMS exemplify her exquisite handling of paint. The delicate colours appear to project beyond the picture plane to engage all the senses. 'Happy Holiday' and 'Faraway Love' come from a sequence of paintings from the late 1990s in which the artist used titles to evoke states of euphoria, contentment and memories of past happiness.

We are indebted to the American Fund, courtesy of Milly and Arne Glimcher, for their donation of 'Untitled #5' to the Tate Gallery for the ARTIST ROOMS collection.